The Application of Hydraulics in Airports

Hydraulic systems have also been applied to modern aircraft to transmit power to various subsystems that may require a huge amount of force to operate.

While research to replace them with light-duty powerful electrical systems is currently underway, hydraulic systems remain the primary force applied to the aircraft or aviation industry until electrical technology becomes viable.

Landing gear and cargo doors are some of the evidence of hydraulics in airports besides other hydraulically-operated systems.

Apparently, the term “fluid” is often used to denote both gases and liquids, which sometimes include oils. In this regard, fluid flow is equal and acts on all directions when confined in a container. In this regard, a container could mean an aircraft system’s tubing, pumps, valves, reservoirs, and actuators among other components. In addition, with a rise in the velocity of the fluid, the pressure is likely to decrease.

This is ideally based on principles from Bernoulli’s Law, which explains the pressure-flow relationship as far as the operation of the wing of an aircraft is concerned.

The work of hydraulics in airports can also be seen where a lot of power is required to control surfaces, load or offload cargo, control landing gear, and move several other components. The hydraulic cylinder/actuator is a simple device yet very powerful and can be used to do the heavy lifting. It delivers so much power in a seemingly small package that it has proven very reliable in situations where heavy-lifting in limited spaces is required. The ability to carry a heavy load for its weight makes it ideal for moving heavy components on typical airliners.

More About Application of Hydraulics in Airports

The cylinder is ideally the muscle used to lower or raise the nose gear on an airliner while it takes off into the sky.

This is a typical example of how a medium-size hydraulic actuator can pack on so much power to control a large landing gear assembly.

Small actuators like this are also be used by the Airbus A-319 to raise or control the spoiler panels during landing.

The panels also feature exceptional plumbing work. Several components of an airliner can be controlled using multiple systems, which may or may not be dependable. This is why proper maintenance of the various parts of an airliner is important, as it will enable it to deliver exceptional performance and allow several different parts to work together seamlessly as a coherent whole. Proper maintenance can also enhance the safety of the passengers and the cabin crew on board.

Whether you own a small private aircraft or a multinational airline, it is important to perform proper maintenance of the hydraulic power systems to guarantee performance.

Always work with professionals from Essex, Heathrow, Kent, London, or any other part of the UK when your aircraft needs repair or maintenance works. 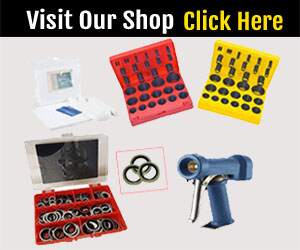